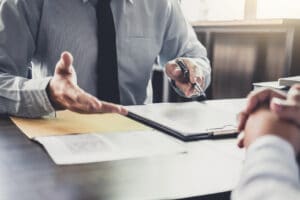 Fundamental breach: A fundamental breach of contract is also known as a repudiatory breach. This type of breach is one which is deemed so severe that the innocent party can terminate the contract. They will also be entitled to bring a claim for damages suffered as a result of the breach.

Regardless of how skilfully a commercial contract is prepared, or how diligently the contracting parties attempt to perform their respective end of the bargain, breach of contract claims can arise where the terms and conditions of a contract are not adhered to.

Determining whether a breach of contract has taken place is not often clear cut. Each party to the dispute will have its competing arguments. Our contract law solicitors are quick to analyse the facts of a case and provide options tailored to the needs of our business clients.

If your contractual rights have been breached and you are looking to bring a breach of contract claim, you may have a number of legal remedies, including:

A remedy to a breach of contractbreach of contract: in contract disputes, one contracting pa... may be negotiated and agreed between parties without needing to proceed to a court hearing. If an agreement cannot be reached through informal negotiation, more formal alternative dispute resolution (ADR) methods, such as mediationmediation: in the context of litigation and dispute resoluti... or arbitration, may be attempted. The use of ADR is encouraged by the Court; disputes are often settled in a more efficient and cost effective manner.

If an agreement cannot be reached using negotiation or more formal ADR methods, assistance from the court may be required to settle the dispute.

South Bank Legal is a specialist commercial litigationlitigation: the bringing of a lawsuit or legal claim in cour... law firm based in London with vast experience in breach of contractbreach of contract: in contract disputes, one contracting pa... disputes. We can assist in the drafting of commercial contracts as well as resolving disputes in relation to a contract.

For more information you can contact South Bank Legal via email at info@southbanklegal.com or telephone 0203 1266 584 for a confidential discussion with a contract dispute solicitor today.

South Bank Legal are authorised and regulated by the Solicitors Regulation Authority. We are registered in England and Wales with offices in London.

Get in touch today