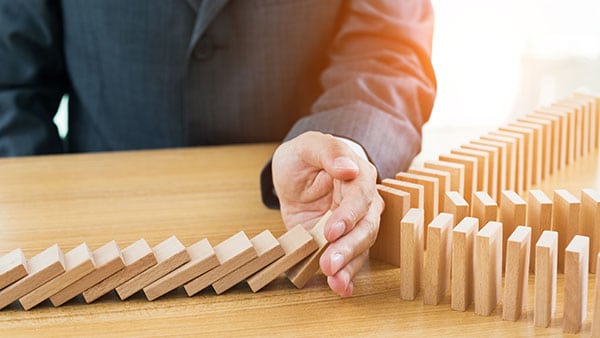 Today our UK lawyers discuss winding-up petitions as a tool used by creditors seeking to recover debts owed by a company. Ignoring a winding-up petition can have serious consequences for companies, including appointment of external controllers and ultimately, compulsory liquidation. If you have been served with a winding up petitionwinding up petition: a legal document by which a court is fo..., you should take prompt legal advice from a litigationlitigation: the bringing of a lawsuit or legal claim in cour... solicitor or insolvency solicitor on your options

If your company is served with a winding-up petition, it does not mean that it is insolventinsolvent: in company law, a company that is unable to pay i... but it does mean that someone is claiming that your company owes them money.

Advertising a winding-up petition is a step that a creditor must take in order to comply with the Insolvency (England and Wales) Rules 2016. Notices are advertised in the London Gazette so that any other interested parties may attend the hearing of the winding-up petition and make submissions. A company may face difficulty when the winding up petitionwinding up petition: a legal document by which a court is fo... comes to the attention of its bank and it will most likely lead to the company’s accounts being frozen. It may also discourage a company’s current clients and customers from continuing to do business unless they can be satisfied that the company is solvent.

If the company accepts that it owes the debt, it should be paid prior to any notice being advertised. Under the Insolvency Rules, the winding-up petition can be advertised 7 days after it is served, so it is important that any payment is made quickly.

Where the underlying debt is subject to appeal

A winding-up petition may have been issued following the judgment of a court which is subject to an appeal. It is important to remember that in these circumstances, the debt is still due and payable, despite the appeal.

If a company has lodged an appeal against a judgment which the creditor relies upon, a petition can be stayed until the appeal is decided.

Companies in need of more time to pay

If a company accepts the debt but does not have the funds to pay, it should make a proposal for payment as soon as possible. Often, creditors will prefer to accept payment by instalments over the costs and risks involved with trying to wind up a company via the courts.

Companies deciding to make payment by instalments should enter into an agreement with the creditor to ensure that steps are not taken to wind up the company during the period of the instalment plan.

Claiming costs where a petition is unsuccessful

If a court finds that a winding-up petition was issued in circumstances that it should not have been and dismisses the petition, it will usually make an order that the unsuccessful petitioner pay the legal costs of the company who has successfully resisted the petition.

Winding-up petitions can result in the liquidation of your company so urgent action must be taken to avoid this. South Bank Legal is a London law firm and you can contact us to speak to an appropriately qualified winding up petitionwinding up petition: a legal document by which a court is fo... lawyer today.