Michael Czechyra is a senior commercial solicitor and the founder and Managing Directordirector: person appointed as an officer of a company, whose... of South Bank Legal, a commercial law firm in Central London.

Michael is known for his practical approach, his accessibility and his ability to meet his client’s timelines. His clients have included global corporations, private equity investors, financial institutions and trading firms, political parties and a national competition and consumer law regulator.

Michael has practised as a commercial solicitor since 1998. Prior to founding South Bank Legal, Michael held various senior and board positions at City of London law firms for several years.

Nicole qualified as a solicitor at City and International law firm Berwin Leighton Paisner in September 1999 where she practised for many years. She advises on a broad range of employment law matters, both contentious and non-contentious. Nicole’s range of experience includes:

Seamus originally trained as a Barrister. He practiced at the Bar from 1988 to 1992 and cross qualified as a solicitor in 1992.

He specialises exclusively in civil litigationlitigation: the bringing of a lawsuit or legal claim in cour..., in particular the more complicated and serious cases.

Throughout his career Seamus has dealt with a broad range of litigationlitigation: the bringing of a lawsuit or legal claim in cour... work on behalf of individuals, small businesses and large companies.

He has a strong commitment to ensuring high service levels for all clients.

Wherever possible, Seamus will strive to resolve disputes swiftly and economically, before court proceedings are necessary.

Notable cases Seamus has conducted include:

London Borough of Hackney v Williams & Anor [2017] EWCA Civ 26. This is a landmark Supreme Court case involving the Human Rights Act 1998, The European Convention for the Protection of Human Rights and Fundamental Freedoms and the Children Act 1989, section 20. 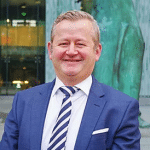 With a family background in business (in both manufacturing and property sectors) he understands the importance of adopting a business-like approach to civil disputes. His style of civil litigationlitigation: the bringing of a lawsuit or legal claim in cour... is entrepreneurial and is never afraid to take calculated risks in pursuit of a commerically satisfactory outcome for his clients.

He has recently published a book, “Flying Solo” (2021) which is a comprehensive guide to help people represent themselves in court. He passionately believes in access to justice has won many cases on a “no win no fee” basis. These include in the areas of financial mis-selling, contested wills and co-habitation property disputes. He runs an independent website and publishers a YouTube channel in which he provides legal advice to the general public on civil litigationlitigation: the bringing of a lawsuit or legal claim in cour... matters.

He is a writer and has always had a keen interest in the film and television sector. He has produced films and documentaries, often addressing many current issues of broader appeal, usually from a legal perspective, including a documentary series on the legal issues arising out of the corona virus controversy, “A Lawyer Investigates.”

He speaks French and Polish, enjoys squash and ski-ing and is also interested in philosophy, storytelling and meditation. 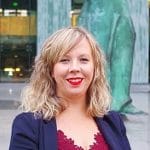 Daria is a qualified solicitor who graduated from Nottingham Trent University and completed the Legal Practice Course at Nottingham Law School. She is a very good generalist litigator who gained a wide breadth of experience at an early stage of her career through work experience placements during her degree and also substantial pro-bono work as a volunteer for the Citizens’ Advice Bureau.

She then went on to obtain advocacy experience with her first law firm, regularly attending at the family courts where she built up a family practice. She subsequently branched out into civil litigationlitigation: the bringing of a lawsuit or legal claim in cour..., mainly dealing with cohabitation property disputes, and also represents clients in the Chancery Division in the area of contested wills and Inheritance Act disputes.

She also represents Polish businesses in Poland who have disputes with UK companies, and is happy to meet clients in Warsaw.

Daria is known for her excellent legal drafting skills and has a no-nonsense style as a solicitor. She is robust with opponents, and friendly with clients. Daria enjoys languages, has travelled extensively around the world. She is bilingual in English and Polish and has a working knowledge of Spanish and has also studied both German and Mandarin. She was a winner of the Vice Chancellor Scholarship at Beijing Language and Culture University.

In her spare time Daria is building a house with her husband and two children! 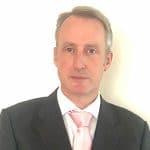 After 10 years in-house with leading specialist mortgage and consumer lending businesses having been Called to the Bar in 1999, Stephen moved to private practice in 2010 when he joined the solicitors’ profession.  Stephen has worked for several boutique City of London litigationlitigation: the bringing of a lawsuit or legal claim in cour... firms.

Stephen is a commercial litigator with experience of property and business disputes of many types; he has a particular interest in professional negligence claims (especially claims against lawyers arising from failed litigationlitigation: the bringing of a lawsuit or legal claim in cour...) and “executive” employment claims.  His financial services experience means that he is often involved in claims involving financial institutions (whether or not a party).

Trials of note include:

Matters resolved without trial include:

When he can escape the office, Stephen enjoys running, cycling, walking and the sea; especially the sea.

Arjen is a legal adviser, specialising in intellectual propertyintellectual property:  a piece of work or a creation by th... and commercial law. He read law both in his home country, The Netherlands (University of Groningen, including the completion of an elite Masters program), and in the UK (King’s College London – Post Graduate Diploma in UK, EU and US Copyrightcopyright: the right to deal exclusively in certain types of... Law). Working independently since 2017, Arjen has built an impressive portfolio of clients based in the UK and The Netherlands. In particular Arjen works with start-ups and businesses in the technology and creative industries.

Arjen’s expertise and experience are focussed on consulting and advising on intellectual propertyintellectual property:  a piece of work or a creation by th... matters (trade marktrade mark: a symbol, most commonly used in conjunction with... and copyrightcopyright: the right to deal exclusively in certain types of... law in particular) and drafting commercial agreements.

While providing high quality legal services, Arjen aims to be easily approachable and takes pride in providing good service on a personal level. He likes to communicate with his clients in a professional yet informal manner and to build long-term relationships based on mutual trust.

Previously, Arjen spent several years as a senior judicial employee in the Dutch Court system, drafting judgments of the court and assisting the full bench manage and analyse complex cases. Arjen earned the praise of the senior judiciary for being “a talented jurist…[whose] draft verdicts stood out because of his clear writing style: to the point, pragmatic and easily comprehensible”.

In his spare time, Arjen enjoys sport (both playing and watching), Netflix, and to see as much of the world as possible.

I’m Camille, working for South Bank Legal as paralegal. My role is to assist more senior members of the team in their litigationlitigation: the bringing of a lawsuit or legal claim in cour... and commercial law practices.

I first read finance at a French Business School called École Supérieure de Commerce (ESC) in Amiens.Then I integrated a master’s degree in Law and Engineering Finance in Lyon.

I’m lucky to be doing a post graduate diploma in Finance and Investment in the UK this year.

I’ve been with the firm since September 2020 and look forward to continuing to assist South Bank Legal’s clients in 2021.

Erika takes care of the smooth daily running of our office.

Erika is a Colombian-qualified Lawyer, and practised administrative, criminal and insurance law in Colombia for over 10 years.

During Erika’s time advising the Colombian government she specialised in acting as a legal auditor, in particular with respect to local government departments’ use of resources. She worked in-house in government organisations such as Secretaria de Gobierno, Findeter, Superintendencia de Economia Solidaria and with the National Tax Department advising on collections.

She has a postgraduate in Criminology and Administrative Law from the Universidad Catolica de Colombia as well as an MBA in Business Administration from University of Wales Trinity Saint David London.

Erika is personable and approachable. In her spare time she enjoys volunteering and has contributed extensive time to giving pro bono advice to Latin American women in the UK.